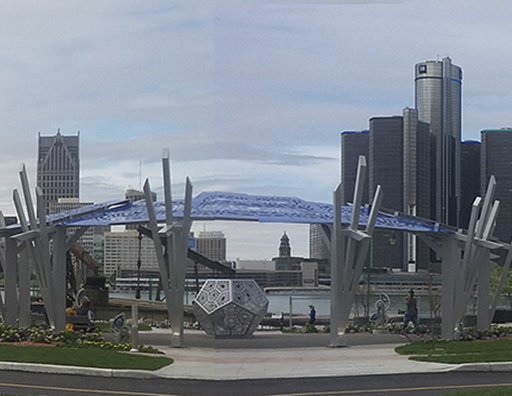 The project was initiated by the Rotary Club of Windsor (1918) in a request to the City of Windsor to help celebrate their 100th anniversary of Service in the City. In August 2016, the City of Windsor approved Rotary’s intent for a plaza with sitting areas to provide shade for users of the Windsor Riverwalk at the Civic Terrace. The circular layout of the structure emulates the Rotary Wheel as deconstructed and reconstructed to symbolize the future of the Rotary organization. The trellis lies on the axis of the civic esplanade from City Hall at the south to the Detroit River. Looking up at the roof panels, one is reminded of Vincent Van Gogh’s painting Starry Night. The roof panels are misaligned to indicate that the future is never really a predictable entity.

To lighten the structure the columns were designed to arc outward, to make the plaza space feel more open to the air. About the columns, the project designer, Stefan Fediuk, said, “In honour of the First Nations who settled along the ‘Bending River’ (today known as the Detroit River), the back sides of the columns form a series of tridents to symbolize the Ojibway, Ottawa and Potawatamie who make up the People of the Three Fires. The tridents are illuminated from the base to further appear like fires burning as a symbol of the People of Three Fires.” 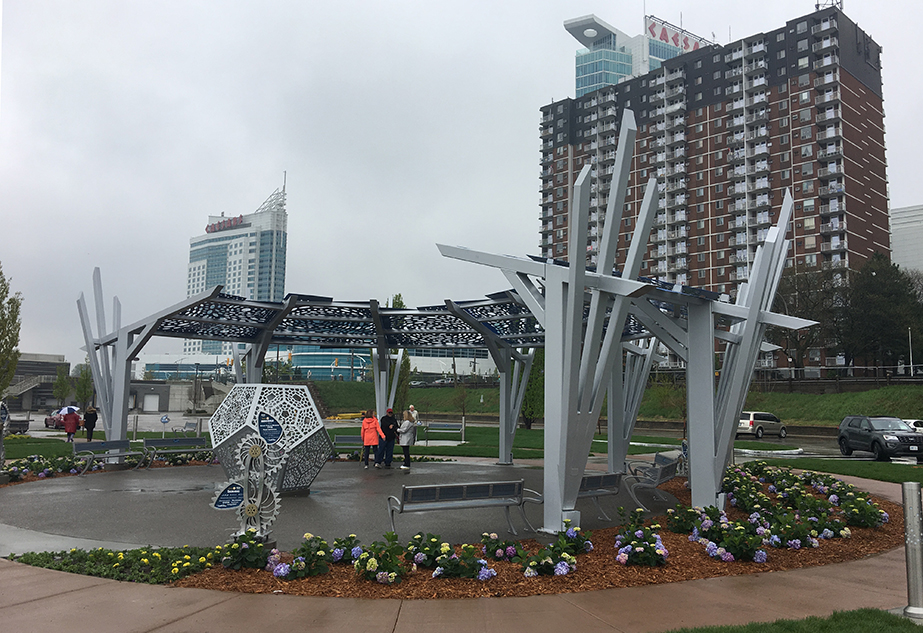 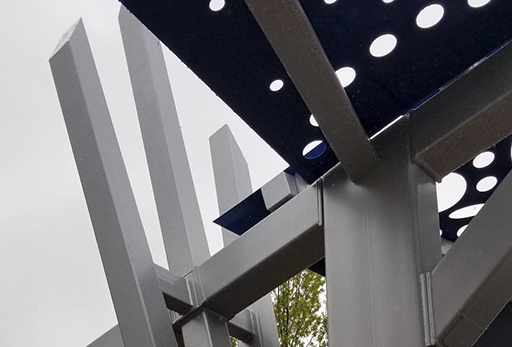 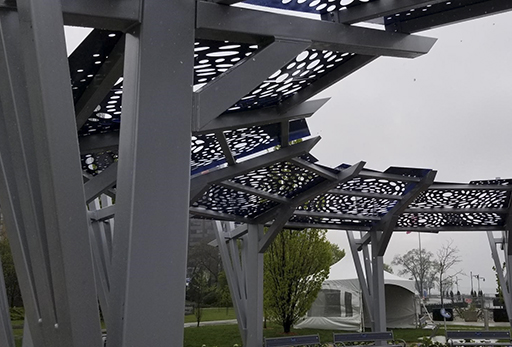