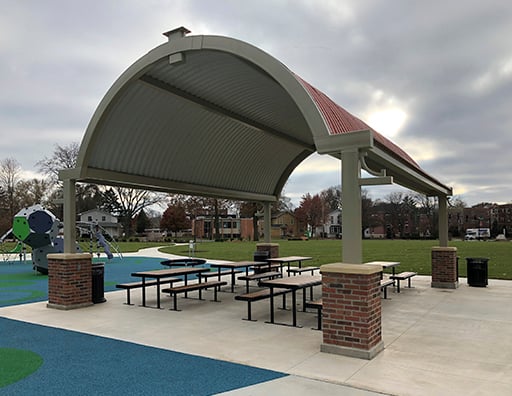 In 1905, the City of Aurora in Illinois opened their new West Aurora High School, which it remained until 1953 when it became the West Aurora Junior High School. In 1958 it became the Ben Franklin Junior High School. Then from 1978 to 2004 it served as the Aurora Christian School. It was unoccupied between 2004 and 2015. At one time there were plans to turn it into housing, but the developer who planned to renovate the property filed for bankruptcy in the economic downturn that came about in the most recent recession.

The city regained possession of the property and spent $1.2 million to raze the building in 2015. Grass was planted in the open space and the city deeded the property to the Fox Valley Park District in 2016.

In the summer of 2017, construction of the new Blackhawk Park commenced on the old school property. The park design was by Tod Stanton of Design Perspectives, Inc. of Naperville, IL. In keeping with the wishes of the park district’s planners, one of the parks new amenities was this 22’ x 30’ curved roof shelter which was intended as a throwback to the original school design. Says the landscape architect who sketched the concept:

The custom roof line of the shelter was inspired by the unique elevation of the old school that once graced the site. The design of the shelter was directly tied into the historic queues of the old school with the center keystone feature and decorative scroll accent end pieces. The shelter pillar bases were built by local masons using reclaimed brick salvaged from the old school that further enhanced the historic value of the overall design. The collaboration between the Park District planners, consulting landscape architects and the manufacturer designers created a focal point for the new park based on a piece of history truly special to the residents of Aurora. 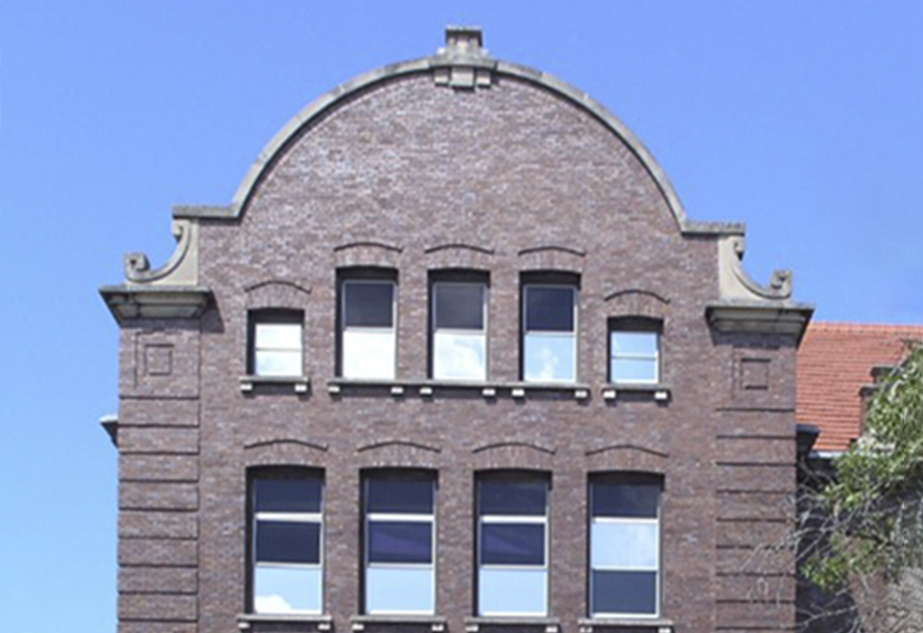 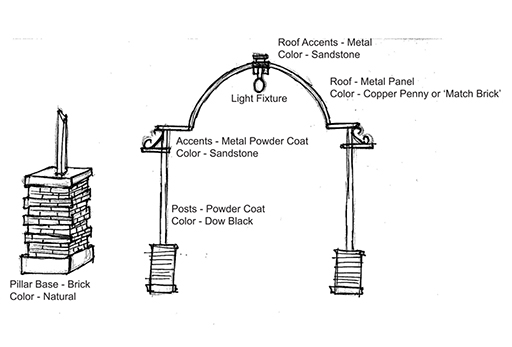 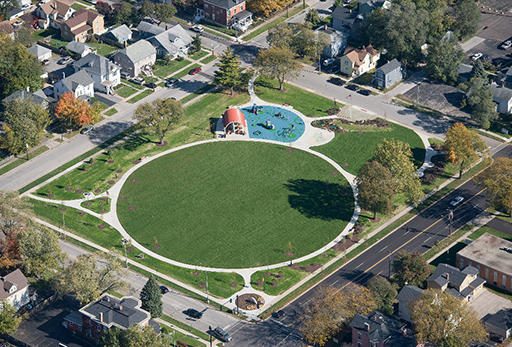